A main problem for every Developer is that you can’t see what the user will see. The developer from Google integrated a useful tool where you are able to mark a part of the Side and send it to Google as a screenshot. Both developer and user will have a maximum plus of Usability. 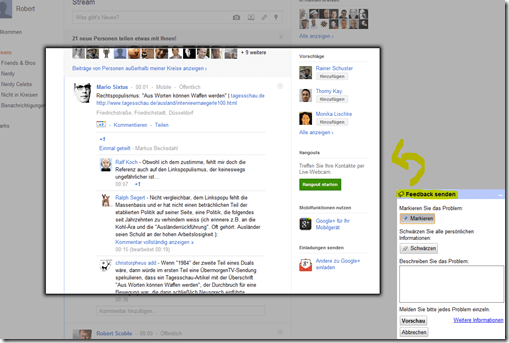 Today I found a Javascript-Framework which is able to pack the HTML in a Canvas. The name is Html2Canvas and it is still experimental and has several limitations but at least it works with many sides. Here is the testconsole: 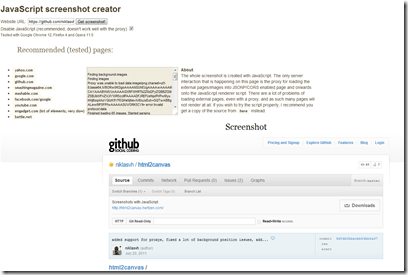 Little downer: of course it’s not a real Screenshot but a picture of the DOM. More you can read on the developer side. And of course Html2Canvas only works it the browser supports the Canvas element.

But because of I didn’t work with the Canvas Element so far I would like to test the Google + Feedback-Modul Scenario.

So I adapted the Demoside a little and integrated a ASP.NET MVC application and added a Upload-Button (and adapted the script a little bit and appointed Canvas with an ID).

The HTML Canvas Object has a Javascript-method to change it into base64 picture (the deciding tip is form this side). With AJAX the base64 image will be send to the Controller. With the Url.Action Parameter I force that the whole URL will be render because the Javascript of Html2Canvas destroys the Location of the side.

Because it’s not the regular fileupload running here and because of this I can’t use the HttpPostedFileBase I need to drag and save the image manual.

The result is nice:

In fact my sides are not rendered quite good but almost. 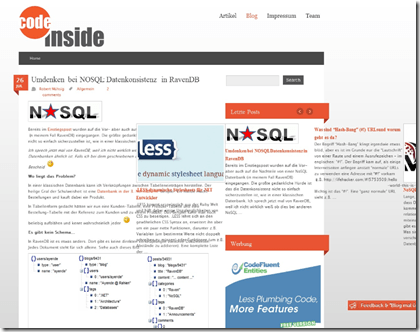 The images will be saved in the directory of the application.

Things we have learned:

There are a lot of things you can do with canvas so it becomes more similar with Google+.

Like I’ve already mentioned in the title: It’s just a Prototype.