The UI is one of the most important part of an application. Jeff Atwood wrote in a great blogpost, that the UI should be the first thing you do.

Unfortuantly there are many methods how to prototyp a UI. I found a very interesting video in the blogpost from Jeff: UI Prototyping with PowerPoint 2007.

Why PowerPoint? PowerPoint 2007 has some great features which allows us to build such an UI in very short time: 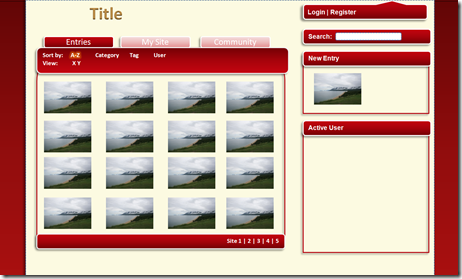 (I currently work on this project)

A important note: This is only the prototyp!

You can see some of the components and the general design and it looks better than with Paint or on a paper. The advantage of PowerPoint: It is still simpler to use as Photoshop!

Everyone (Projectleader, Designer, Developer) who can work with PowerPoint has the chance to bring his ideas into the design! It´s simpler to edit instead of a Photoshop image or a HTML dummy.

There are many effects:

You can use the templates: 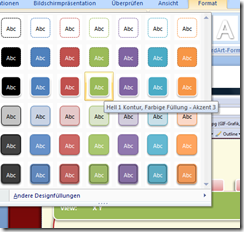 And the "cool" effects: 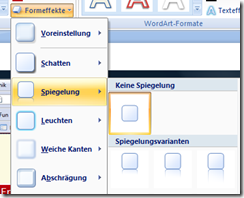 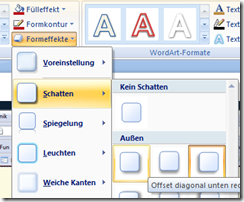 (sorry - I have only the german version of PowerPoint)

With these tools you are able to build very fast a good-looking UI prototyp.

Another interesting site with the "UI Prototyping" Topic.

If you look for alternativs read Jeffs Blogpost :)